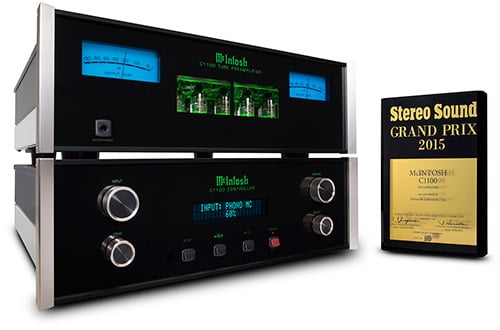 Stereo Sound's annual Grand Prix Award has been recognized to be the most prestigious award for high-end audio products in Japan. The award committee is comprised of several leading audio reviewers that judge both a product's technological ability and overall design. We are honored to receive this award for our C1100 two-channel vacuum tube preamplifier that "delivers a rich and accurate body of sound." It serves as a testament to McIntosh's longstanding engineering principles and adds to our list of previous Grand Prix awards, including for the MC601 and MC501 amplifiers along with the MA7000 and MA2275 integrated amplifiers.