The Absolute Sound: The McIntosh C52 is A Modern Classic 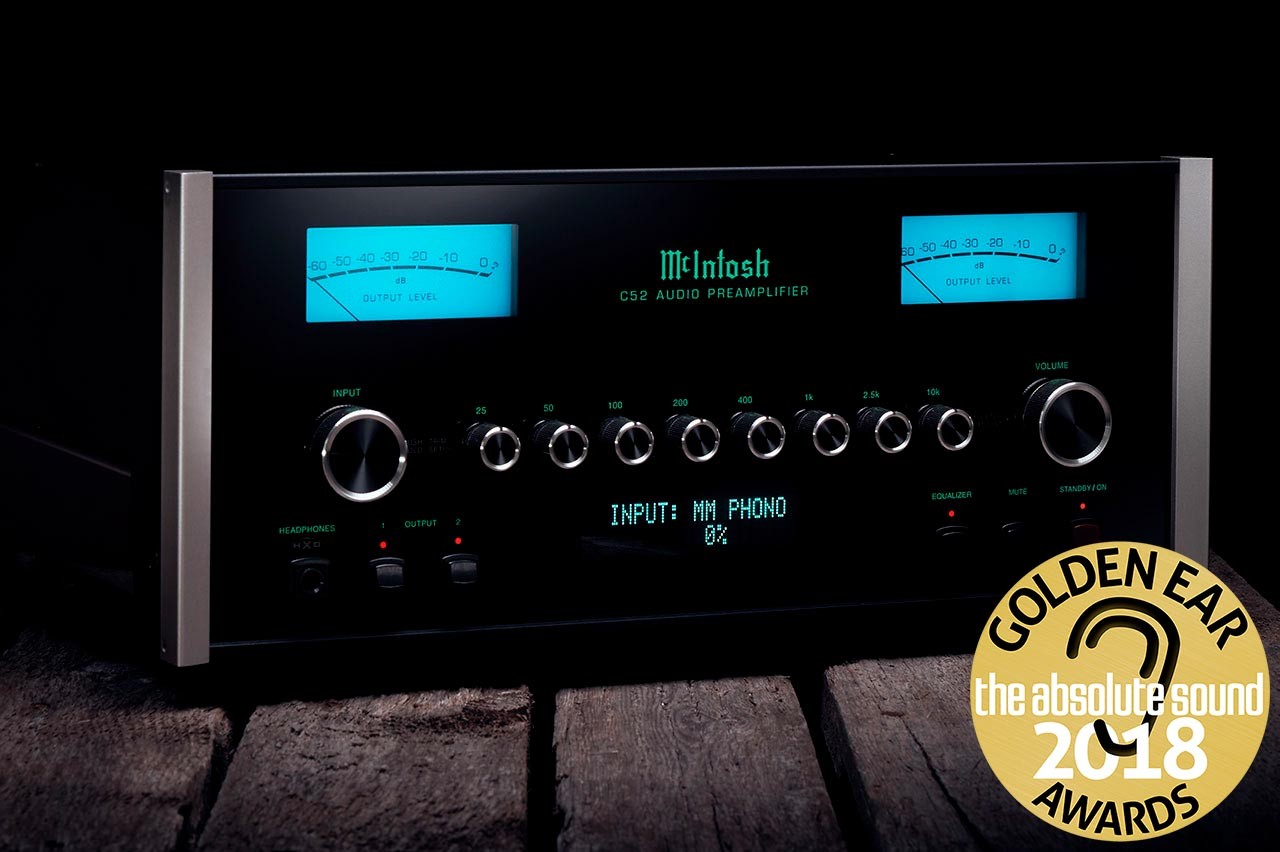 The C52 is the most advanced, single chassis solid state preamplifier McIntosh has ever made. This feature packed stereo preamplifier lets you connect virtually any of your analog components and digital music sources to one easy-to-use device to enjoy them all.

In the cover story of the May-June 2018 issue of The Absolute Sound, famed reviewer Paul Seydor, a professor at the Lawrence and Kristina Dodge College of Film and Media Arts at Chapman University, as well as an Academy Award nominated and an American Cinema Editors award winning film editor, notes there is "a recurring experience with all McIntosh components" he's reviewed in that he finds himself "taking far fewer notes than when reviewing almost anyone else’s" products. 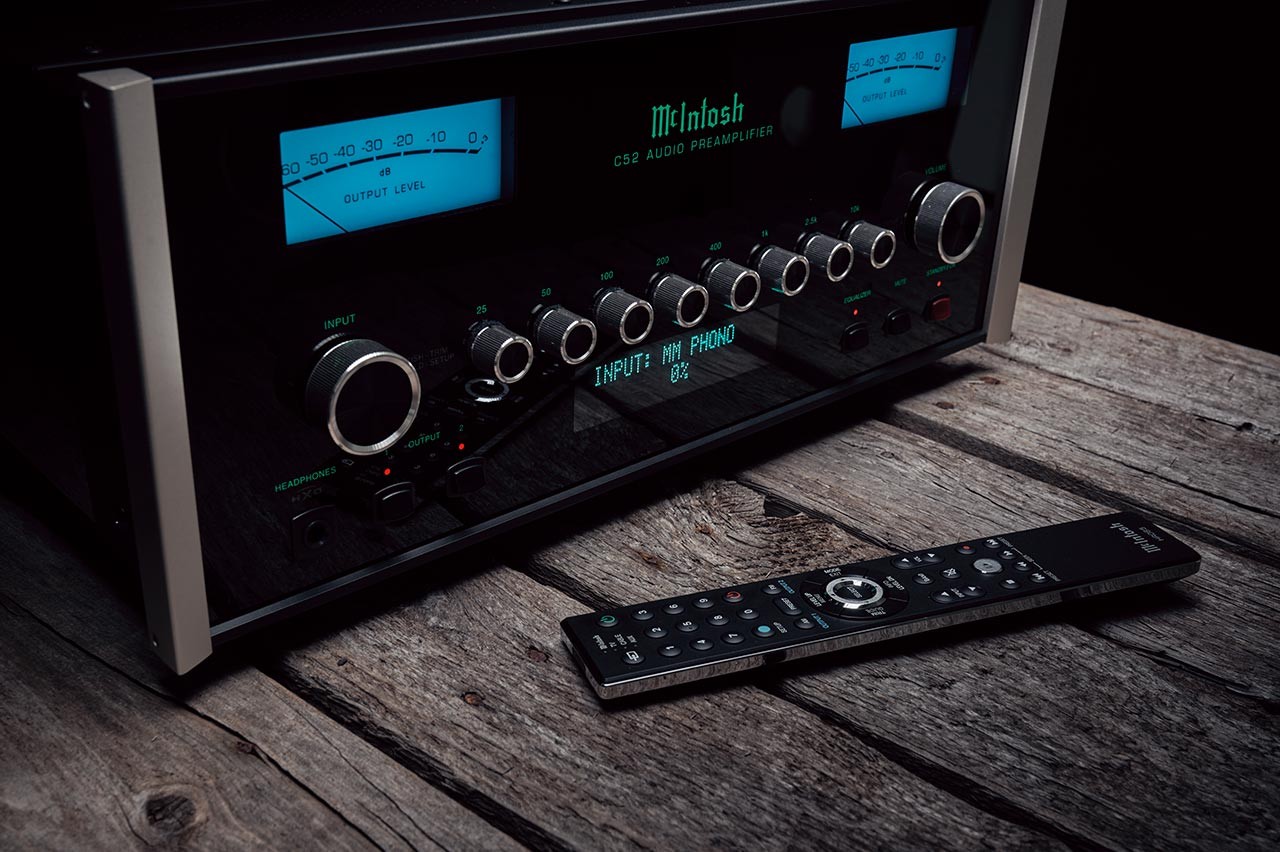 In listening sessions that span over several months, he's ready with pad and pen "only to discover that by the time the stylus reached the inner groove, the CD player stopped spinning, or the cursor indicated file’s end, I’ve scribbled few notes, most of them pretty general: "beautiful," "neutral," "really neutral," "very natural," etc. In this specific sense," he says, "it’s hard to remember when a preamplifier has given me more satisfaction day in day out than the C52." 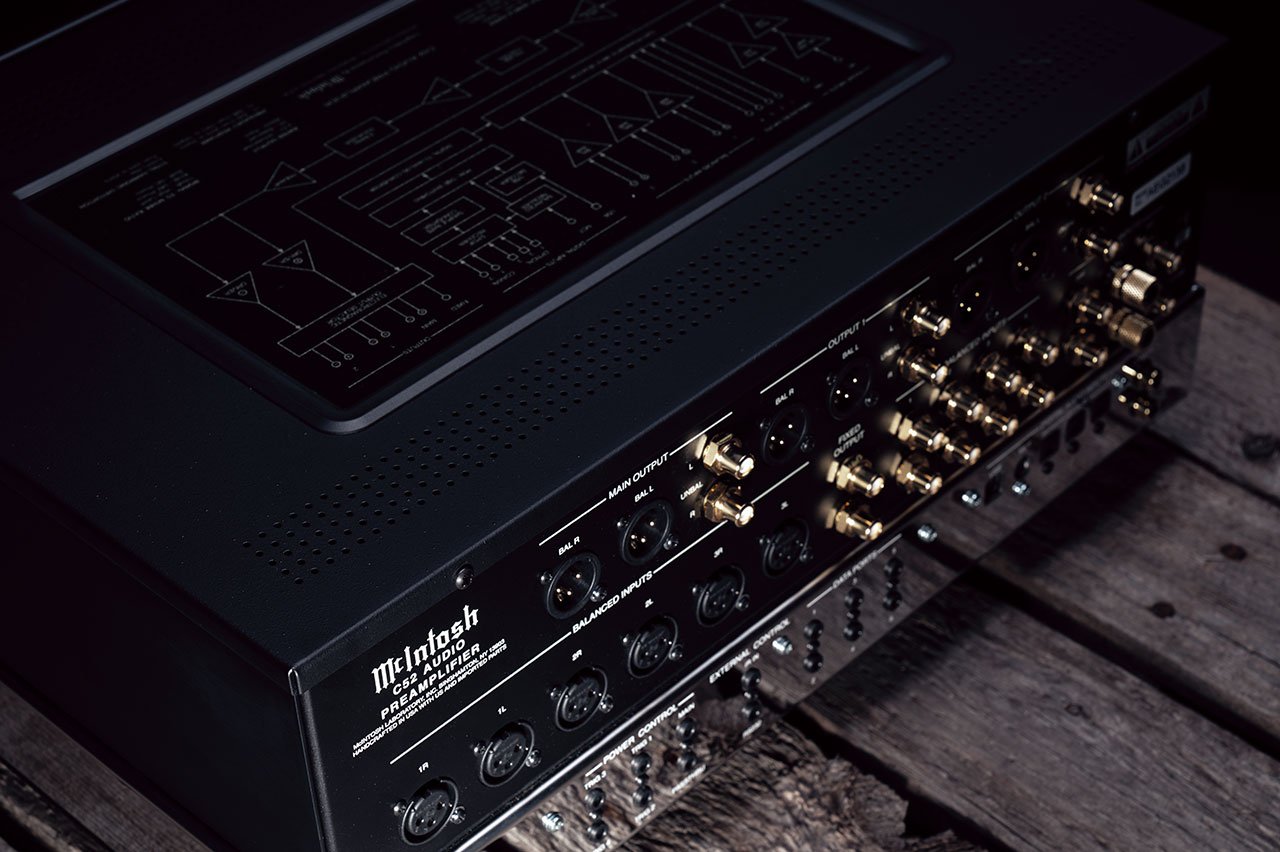 He states he's completely in love with "everything about the C52," especially how it "replaces a whole shelf-full of components, rolling linestage, phonostages, DAC, equalizer, and headphone amp into a single elegant box that, while not small, is hardly large in view of everything it does." Seydor continues, "I can’t think of another component that manages to do so much so superlatively well, with no compromises in any ways that matter to me as an audio critic and music lover."