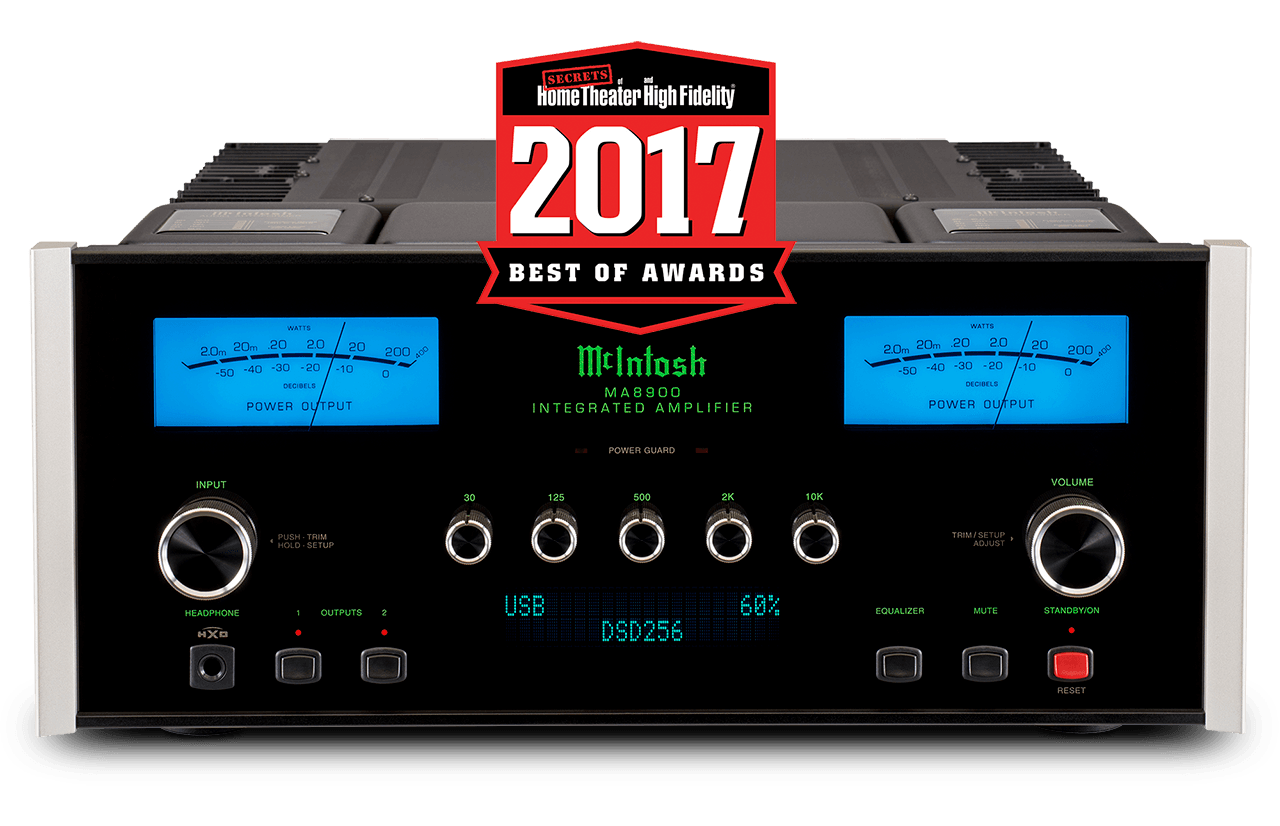 First reviewed by them in October 2017, SECRETS of Home Theater and High Fidelity has named the MA8900 as their 2017 Best Stereo Integrated Amplifier.

"For audiophiles who want the cutting edge of convenience, control, and durability, there are few other components that can match the MA8900. The McIntosh MA8900 is a thoroughly modern integrated amplifier sporting its own, upgradeable DAC. The McIntosh MA8900 integrated amplifier is everything an audiophile might desire, both sonically and in durability."

We are honored to receive this award.