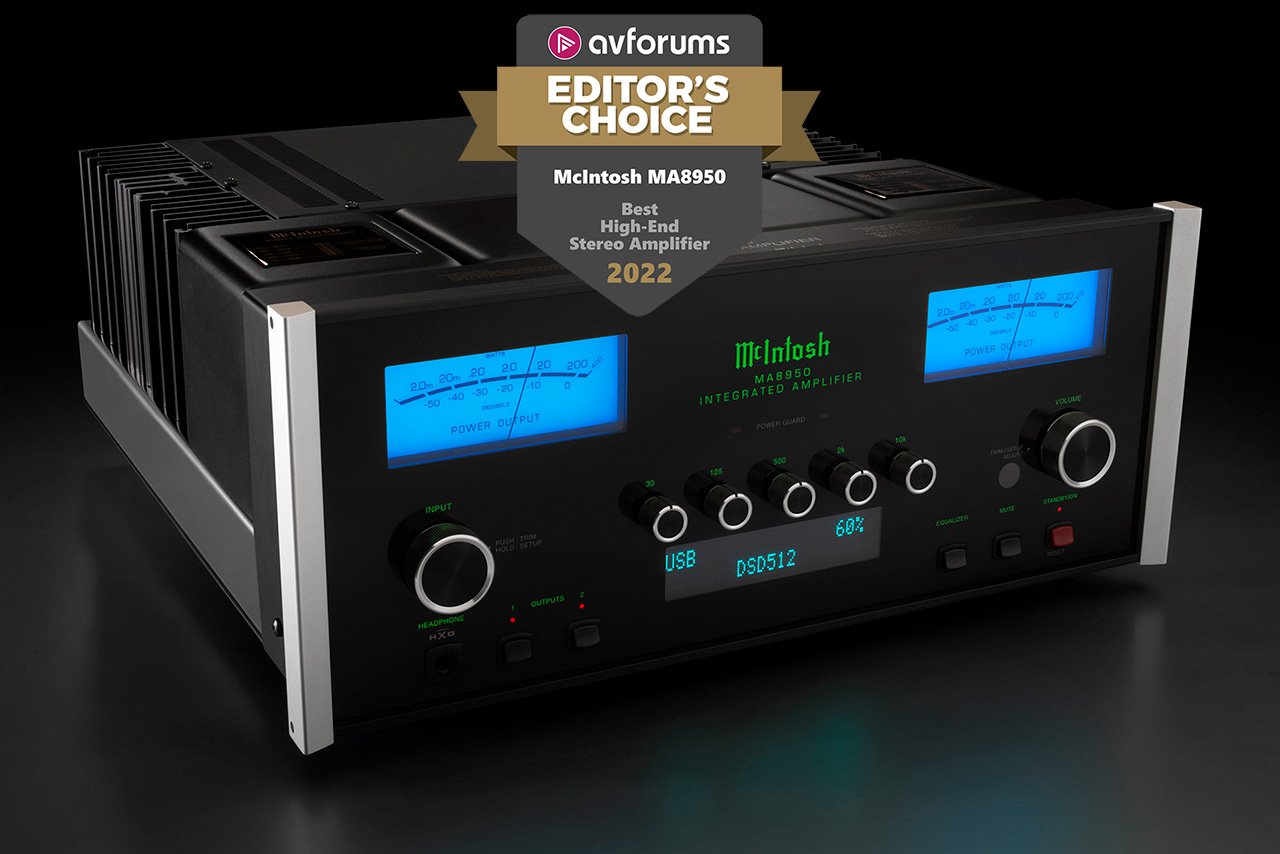 The MA8950 Integrated Amplifier merges McIntosh's amplification know-how and preamplifier technologies into a single but thorough home stereo component. It offers 200 Watts of listening enjoyment per channel, has a total of 16 inputs (9 analog + 7 digital), and a 5-band tone control that can help fine tune its incredible sound to your listening room.

AVForums.com has presented it with their Editor's Choice Award for Best High-End Stereo Amplifier 2022. In bestowing this award on the MA8950, they stated it is "an amplifier that can handle almost any spread of sources, power almost any pair of speakers and work comfortably in almost any room." They added it has "enormous reserves of effortless power" regardless the impedance rating of your speakers. This is thanks in part to the McIntosh Autoformers™ used in the MA8950 that allows the MA8950 to output its full 200 Watts per channel irrespective if the speakers have 2, 4 or 8 Ohm impedance, unlike many other amplifiers that may have to reduce output power depending on your speaker impedance. 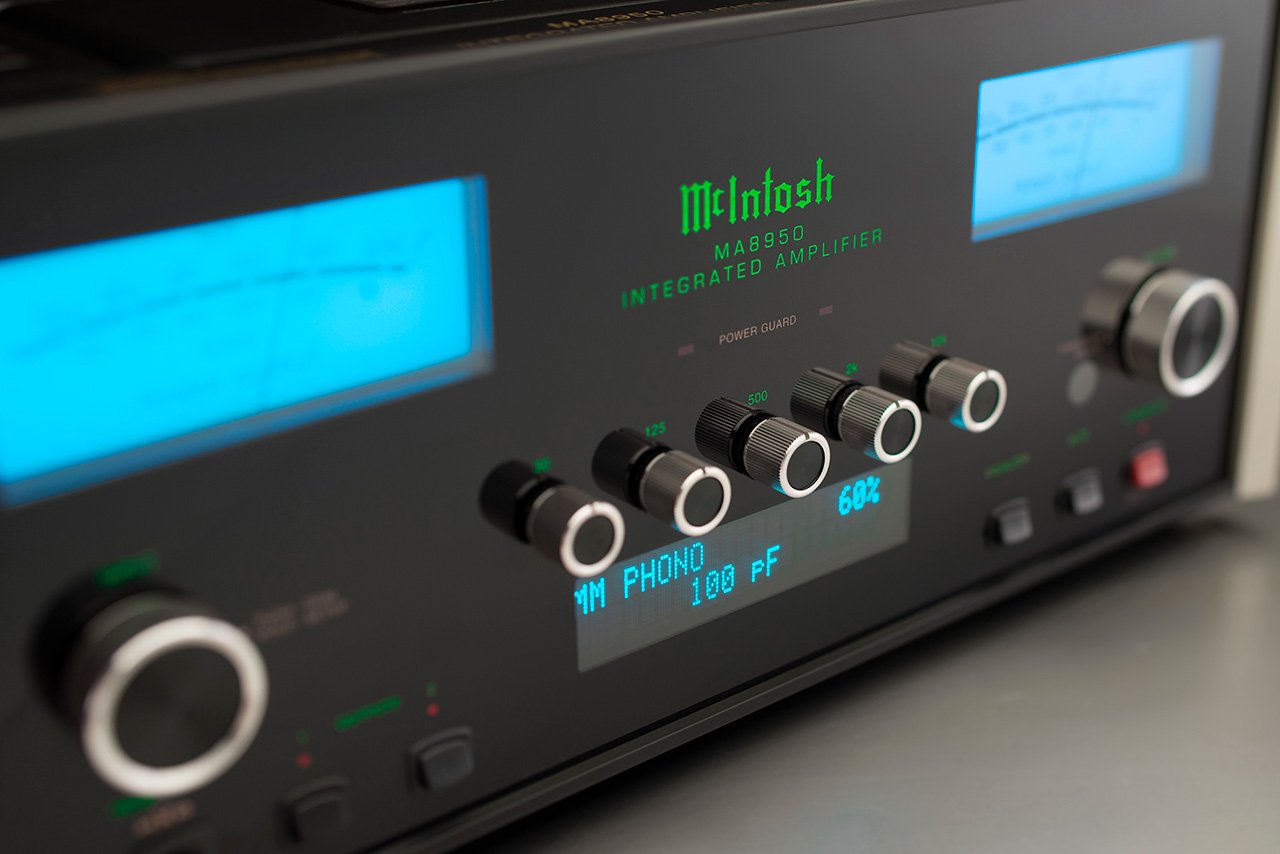 The "superbly made" MA8950 manages to provoke feelings of both sturdiness "that brings to mind heavy engineering and the sort of fine detail finish that epitomises [sic] the high end. The result is a device that inspires enormous confidence." They said the MA8950 is full of confidence in how it creates music and noted that "nothing is forced or overblown, it’s simply there." Listening to Liela Moss's Watching the Wolf had "an almost liquid quality to her vocals and the effect is to make this an amplifier that never struggles for intensity but does so in a way that is entirely unfatiguing."

"It is a wonderful experience to use a device that delivers so much and demands so little in return."