SoundStage Ultra reviews the "unrelenting power" of the MC1.25KW Amplifier 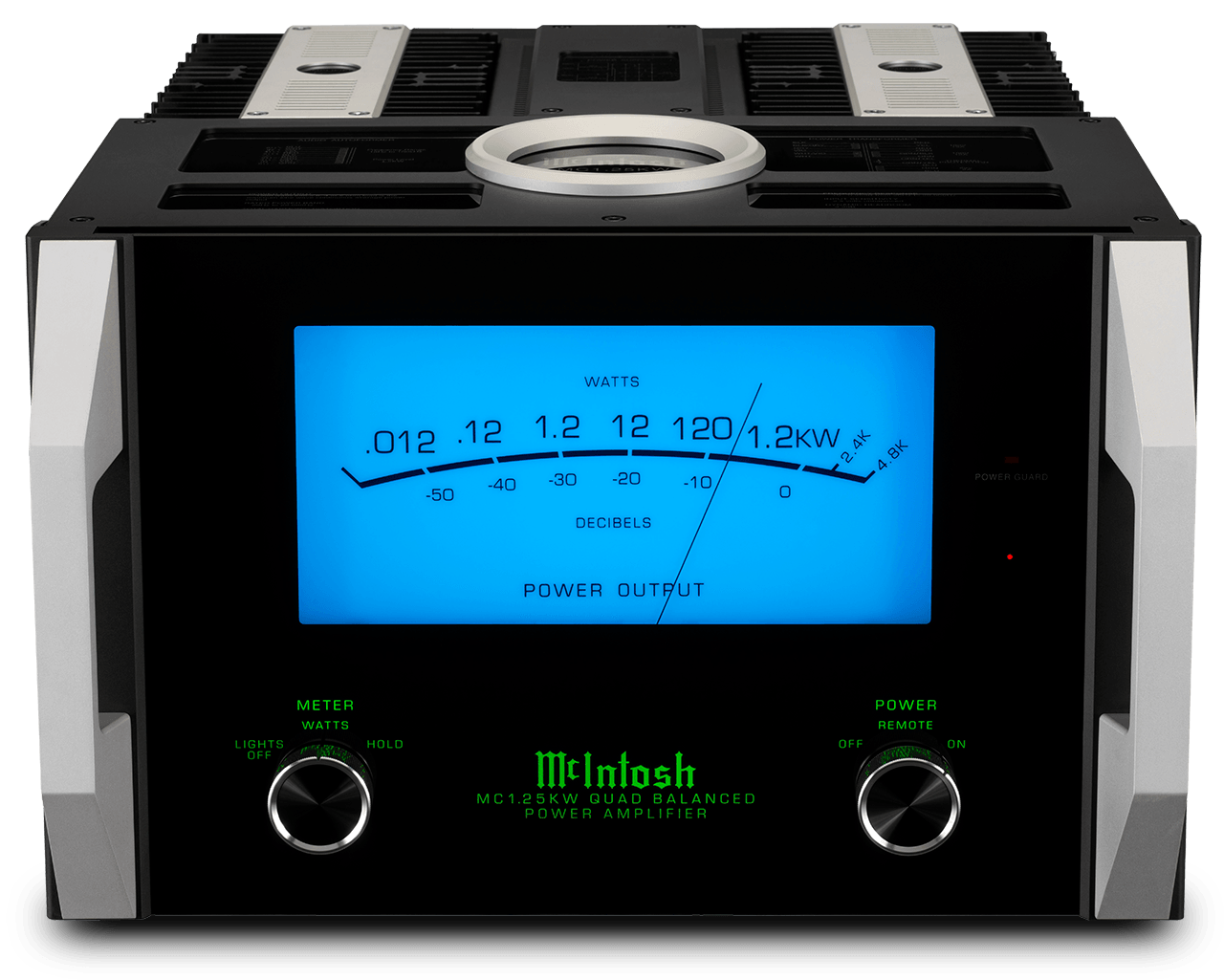 The monoblock MC1.25KW Quad Balanced Power Amplifier outputs 1,200 Watts of power into a single speaker with a nearly indiscernible total harmonic distortion of 0.005%. Just looking at this 158 pound (71.7 kg) amplifier is enough to convey its power and performance capabilities, but after hearing it you truly understand what it can do. Aron Garrecht reviewed a pair of these amplifiers for SoundStage Ultra, and "soon realized what these big Macs are all about: unrelenting power."

On Bob Dylan’s "Man in the Long Black Coat" from Oh Mercy (24/88.2 FLAC, Columbia), he enjoyed watching the meters bounce around to "the expertly reproduced plucks" of Dylan’s guitar. As he increased the volume, the control exhibited by the MC1.25KWs over each note "was as resolute as it was ground-shaking," and despite the volume starting to exceed his normal listening levels, he "got the distinct impression that these amps had only begun to approach the output level at which they like to operate." Only once before had he reviewed an amplifier that instilled in him "the confidence that the MC1.25KW did," but that amplifier was nearly five times the price. 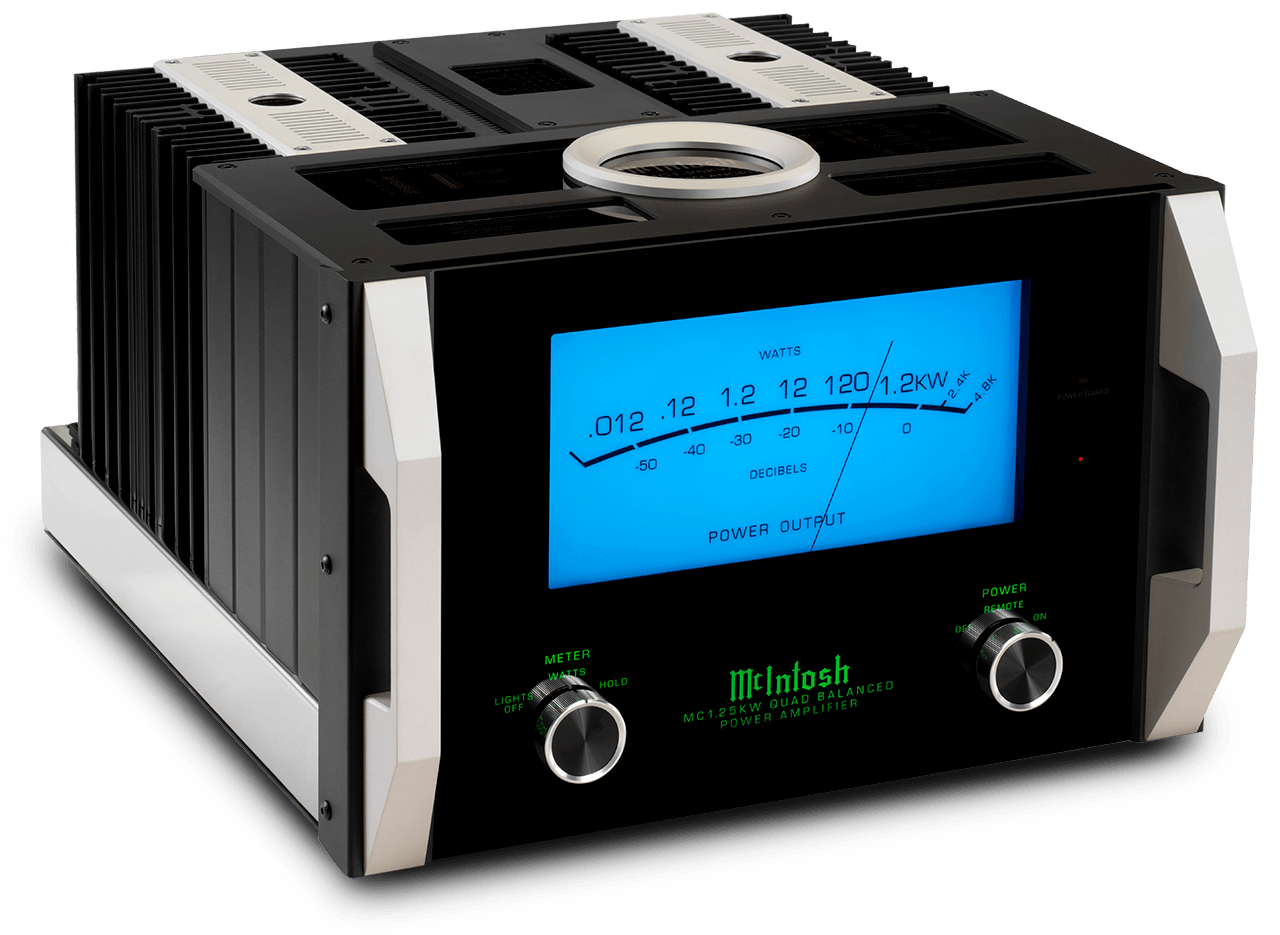 On a rip of Dire Straits' Brothers In Arms SACD, "So Far Away" allowed "the rich, fulsome sound of the MC1.25KWs" to be fully displayed. Each instrument "was depicted on a deep, wide soundstage, just as it should be." When "Money for Nothing" began playing, he again surrendered to the urge to turn up the volume. "As the Macs’ needles bounced around well past the 120W mark and items on nearby walls rattled, I couldn’t help grinning." As the output reached the upper limits of his comfort zone, "the sound simply grew in volume, scale, and intensity" with "no compression of soundstage or diminution of three-dimensionality or inviting tonality, nothing sounded shrill or varnished, the amps’ control of bass notes didn’t diminish, and there was no lack of depth or impact to that grin-provoking bass. As the sound filled my room, everything was just... louder."

Garrecht "was beguiled by the MC1.25KW’s reproduction of bass." At low volumes, he said "there was a sense of weight, kick drums were punchy, and notes were articulated, transparent, and tonally accurate enough" that he could "easily discern the differences among electric, synth, and double basses." He doesn't hear this level of resolution from his reference monoblock amplifiers "because at lower levels there simply isn’t enough bass volume for me to do so."

Regardless of genre, music "was presented with ease and a silk-smooth refinement," yet the MC1.25KW's "pace, rhythm, and timing were spot on." He stated the MC1.25KW is "expertly engineered, skillfully assembled, full of top-quality parts, and made of some of the best materials available." He added that if you believe that an amp is an amp and they all sound the same, then you should compare the MC1.25KW directly with whatever other amplifier you deem equivalent, and he guarantees your hypothesis "will be shattered."