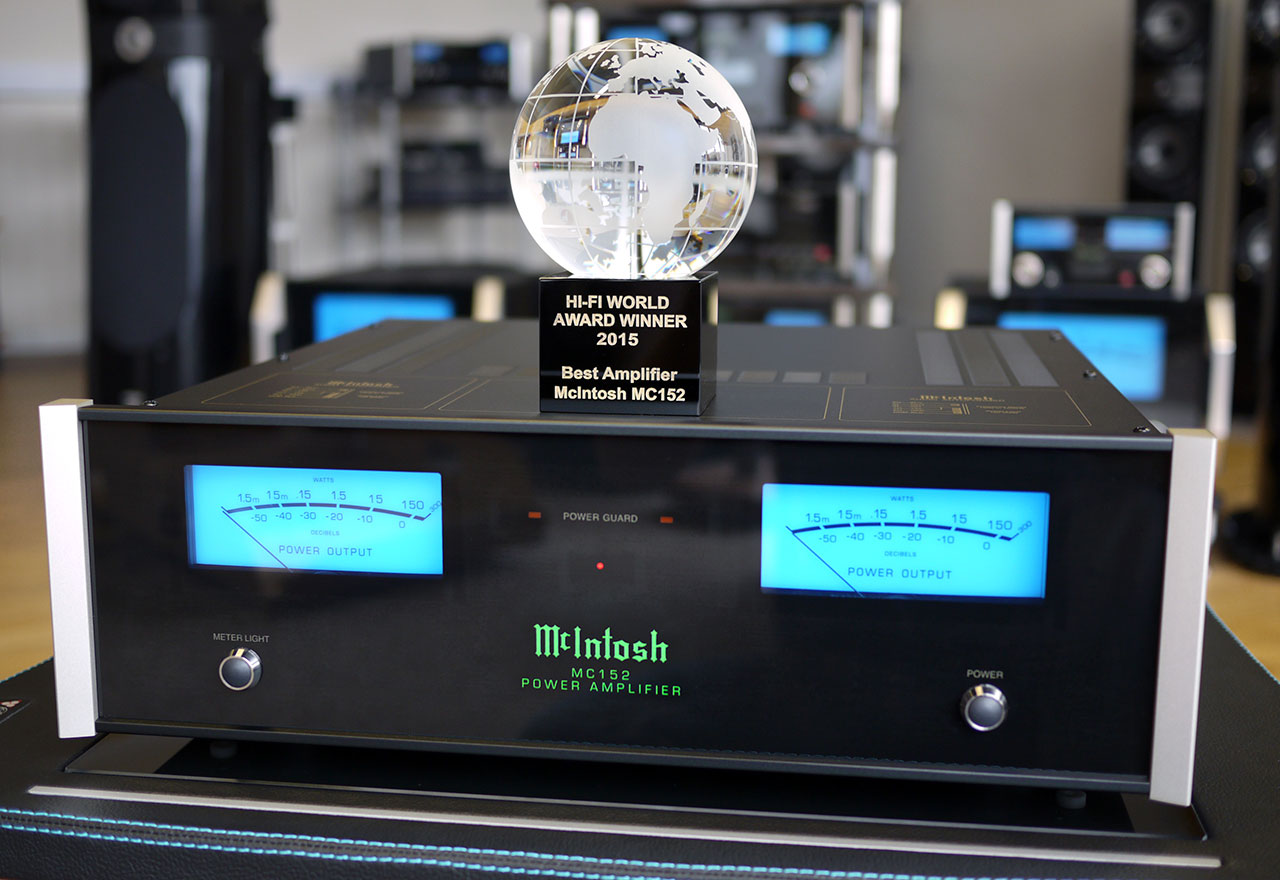 Hi-Fi World first reviewed our MC152 stereo amplifier back in October 2015, saying it had a "big, spacious sound" and "the traditional McIntosh strength of exercising a firm grip over virtually any loudspeaker." They've now named it "Best Amplifier" in their 2015 Awards issue. We are honored to receive this award - our second consecutive Best Amplifier award from Hi-Fi World after the MA8000 integrated amplifier won in 2014.

Physically smaller than our other amplifiers, the MC152 is still full of all the technology McIntosh is known for and will perform to the same high standards as any of our amps. Just 6" tall, it can fit where larger models can’t.