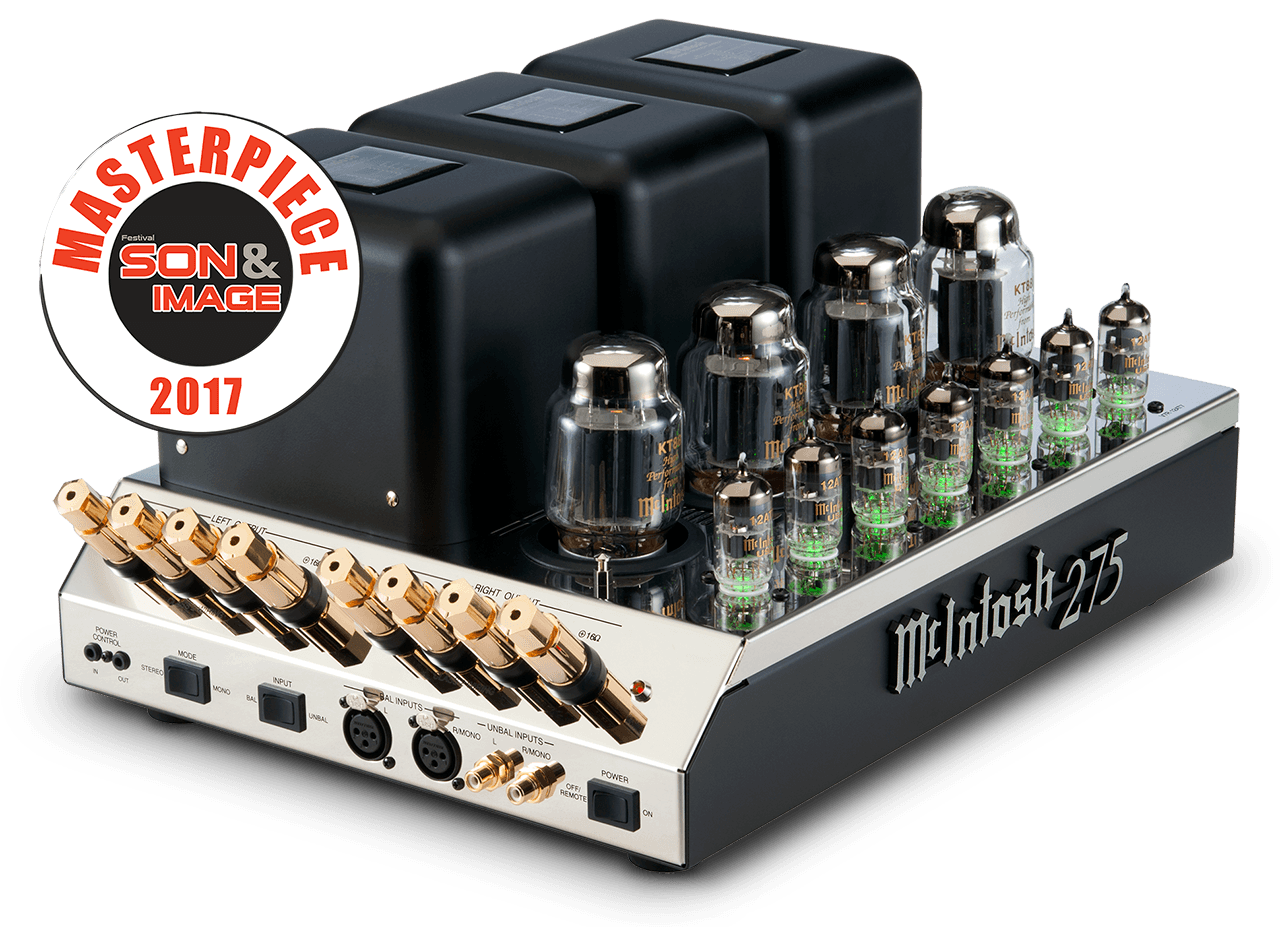 The McIntosh MC275 Vacuum Tube Amplifier has been named a Masterpiece of the Festival SON & IMAGE held in Paris in October 2017. Every attendee had a chance to vote on the most noticed products of the Festival and we are humbled that MC275 was recognized as one of these products. First made in 1961, the MC275 remains one of the most revered and sought-after McIntosh tube amplifiers, with its current version still in production today.