HIFI WIGWAM ON MCD550: "THE SUBTLETY WITH WHICH IT PAINTS A MUSICAL PICTURE IS POSSIBLY IT'S GREATEST STRENGTH" 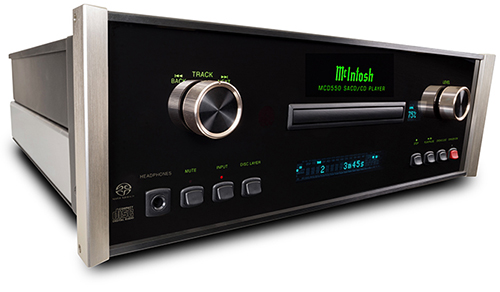 Noting McIntosh's "huge power [and] clear sound" that was first made famous when dozens of our amps were used to power The Grateful Dead's Wall of Sound, reviewer James Palmer admits CD players may not be the first thing people think of when thinking of McIntosh. He lists many of the features the MCD550 offers, including various analog (both balanced and unbalanced) and digital inputs and outputs, along with an eight-channel, 32-bit/192kHz DAC. After listening to it, he states "the sense of quality is palpable" and that it's greatest strength may be the "subtlety with which it paints a musical picture."