ALL KINDS OF HEADPHONES "SOUNDED BETTER WITH THE MHA100" 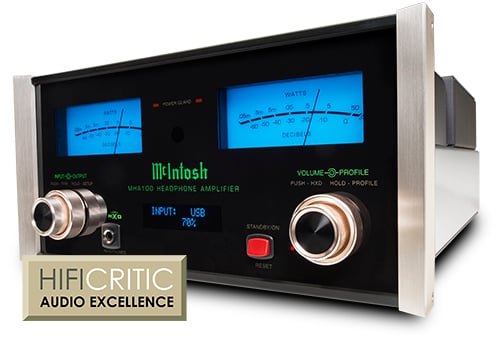 Reviewer José Victor Henriques of HiFi Critic magazine asked a simple question: What does the MHA100 do that other DACs or headphone amps don't? The answer? "In short, it allows any headphones to be themselves." The MHA100's "impedance matching and the almost limitless clean power available, supplies high quality headphones drive without imposing any character." He was testing the HIFIMAN HE1000's with the MHA100, but had also tried all types of phones, including planar, electrostatics and even some premium in-ear models. "Invariably they all sounded better with the MHA100 than with anything else" he tried. He thought the choir, brass and organ on Proprius’ Cantate Domino would test the MHA100 beyond its limits, "yet miraculously it never sounds congested, opaque or harsh."

He came to the conclusion that the MHA100 has "a great musical soul" which undoubtedly helped it earn the Hi Fi Critic Audio Excellence badge.